Posted on 6 August, 2017 Categories: Plant of the Month 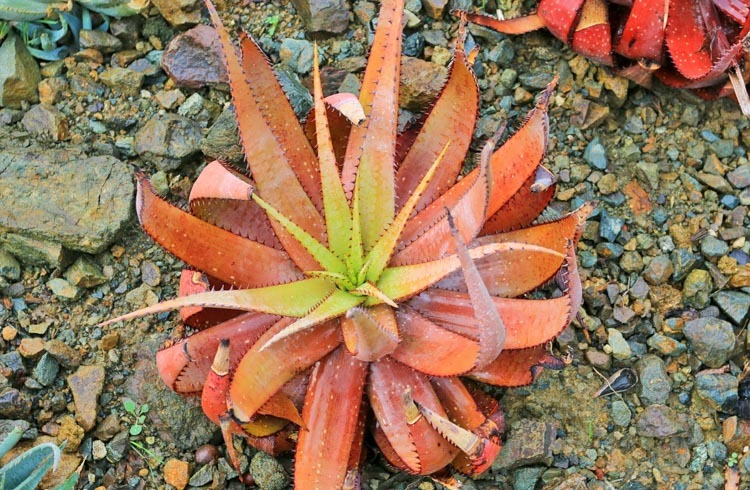 Is one of the most wide spread aloes in southern Africa, occurring from Ceres to the Eastern Cape and north with some botanists insisting that it occurs in southern Namibia as well. We know it as our local aloe growing on short stems up to 50 cm. 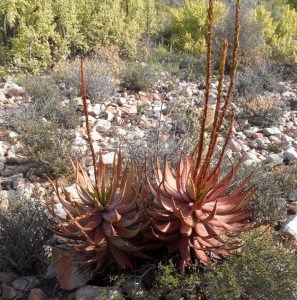 We see them literally covering rocky hillsides throughout the veld near Calitzdorp. They are spectacular when in flower at this time of year. Unfortunately, due to our severe drought, the flowers stalks that should be showing now have not started. It remains to be seen whether or not the plants will get enough moisture in 2017 to perform their normal functions of making flowers and seeds. This is an example of succulent plants at their most extreme level. The plants will survive, but may not do the normal reproductive cycle in this year. 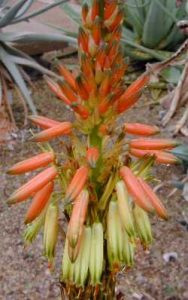 Take a look at them as you drive along our roads and you will see how red the plants are. Hopefully, we will see them in flower soon.

The leaves are greenish red with small white spots (thus “micro stigma). The plants show definitive signs of drought at the end summer and early winter. The leaves turn quite red and curl up to protect the growing tip of the plant.

For the most part, the plants are single stemmed. The flower stalks (racemes) are also simple (not branched), but a single plant may put up several racemes in a single flowering season. The flowers are quite unusual in that they are predominantly orange when in bloom and then changing colour to yellow as they open. 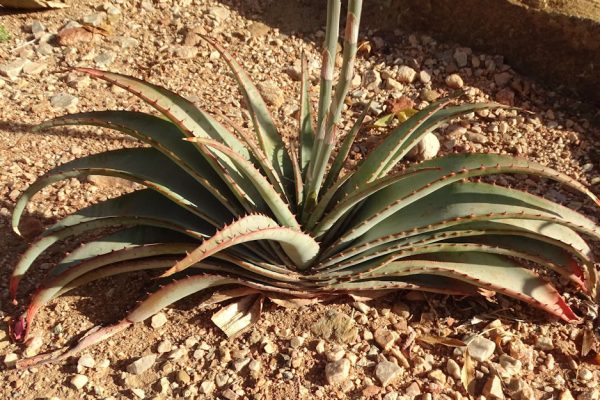 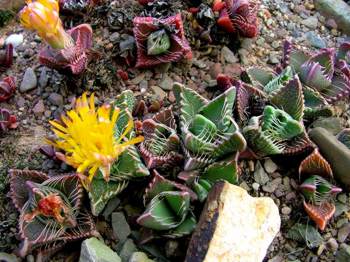 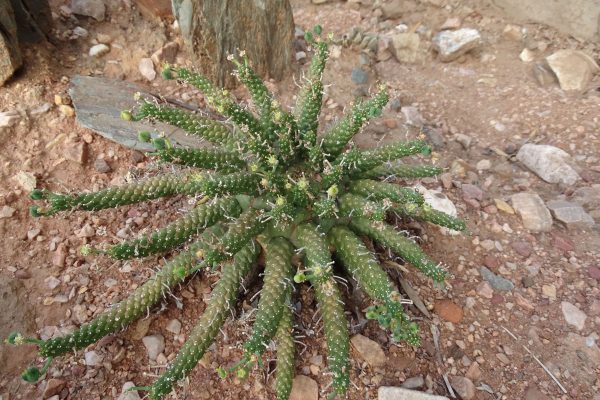